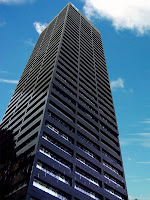 Have you ever said a remark to your spouse that in your mind was an issue about the size of a small lego and the reaction received was a 28 story building? I hate it when that happens. Now let me say right now very clearly – that has never happened in my marriage. We have always understand each other perfectly. But I have heard others have this problem. Whew…for a moment I felt like that 28 story building was being tipped over on me.
But, can we talk? It does seem we men are misunderstood more that we deserve. Granted there are times when we are insensitive bruts but mostly we are loving teddy bears who mean no harm. Me and my wife are moving in on 36 years of marriage, and now and then I still totally blow it. But is it a requirement that all women keep tabs of all those misspeaks? Again, this is not me I am talking about and more importantly I am not talking about my bride of these long…I mean short 35 years.
A few years ago watching my son’s baseball game one of the other fathers sat down next to me and asked an interesting question. “Are all men pigs?”
“Well of course they are, why do you ask?”
“My wife when she gets here will be asking you the same question. I told her all men are pigs but she doesn’t believe me. If you could just tell her what you just told me that would be awesome.”
I have no idea what there deal was but his wife did ask me and I did not betray the brotherhood.
This phenomenon does not just seem to be man to woman but also seems to be woman to woman. Again, I am not talking about my wife or referring to her in anyway. But it seems one woman can say to another woman, “Oh, I see you wore your blue skirt today”. Now doesn’t that seem fairly harmless? If I heard that I would think, the lady wore her blue skirt today. But this one comment from one woman to another woman can make them enemies for life. Very confusing – I just don’t get it but I do accept it.
No lesson here at all –nothing – zero. Not even an observation here. I meant nothing bad by anything written above toward any woman in the whole world anywhere. That includes the 1st lady, no not Mrs. Obama, my 1st lady, my wife. Of course it would include Mrs. Obama or Hillary or Mother Theresa – opps she’s dead. I think that 28 story building just fell on me. D’OH!

Whaa??? 35 short years of marriage (wow! more than I have walked this earth)& no pearls of wisdom at the end!
Oh wait! I know for sure now that men are pigs. Here I was thinking that they are dogs :))
Btb you write really well!

Thanks Choco for the compliment- I lap them up just like a dog.
Yeah, I have some pearls to offer or maybe a warning - Men, don't talk it's not safe. DUCK INCOMING!!!