This Could Be Very Very Bad... 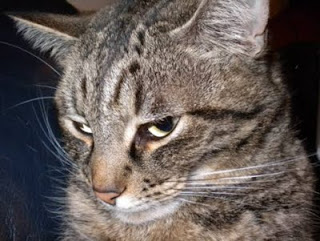 There is a character in the news lately, maybe you have heard about him. He is predicting that without a shadow of doubt Jesus is coming back on May 21st, at 6:00 pm and all Jesus's true followers will be taken.
This gentleman has a radio program in my area and I can listen to him on my drive home from work. This fellow is no youngster, in fact he has lived a good long time, 89 years. I confess my motivation for listening to him does not come from a pure place. He is an enigma, an oddity, a curiosity… Having spent most of my life in or around the Christian community I have either heard or read about people like this but I have never actually heard one speak myself. The program is not all that much different than listening to one of my right wing radio commentators except this poor fellow has trouble getting excited. It is impressive that at age 89 he can do a radio program at all, let alone a live call in program. I will say, he sure does have it over Air America and those progressives, if you want boring and unoriginal, listen to 1090 AM (Seattle only). I would think those progressive smarty pants talk show hosts would listen to the right wing hosts now and then just for a lesson or two on how to entertain.
Back to our dooms day radio host - Someone said, maybe he just decided that May 21st would be his retirement date. I liked that idea mainly because I didn’t want to think the old guy had lost his marbles. After listening to him, I believe he really does believe his own words. The real tragedy is he seems to have a following and maybe he hasn’t lost his marble but those who are doing the following I have questions about.
The one bright spot of this story is the Atheists have started a service, if you are a May 21st person, for a mere $125.00 an Atheist will come to your house on May 22nd and pickup and provide a home for your pet – Pretty smart. I wish I had thought of that.
I feel a bit sorry for the old guy – when the 22nd rolls around and he is still here, will he have a stroke or heart attack? This build up has been the man’s life work. Imagine the shock to his system when he realizes his life work was for naught – that is sadder than sad and at 89 years old who knows if his system will be able to handle it.
The fact that people believe this guy should not surprise me. I remember the Y2K hysteria, presently we have the global warming hysteria, and in the past we had the nuclear war hysteria. In all cases there were many who looked forward to these predicted tragedies and had a measure of disappointment when they did not happen. Heck I am not excluded from the masses. I remember an assignment in middle school where we were to come up with a plan on how we would survive after a nuclear holocaust. I was into it, part of me wanted it to happen just so I could have the adventure. Since then I have learned real adventure is best experienced from a book sitting in an easy chair.
BTW - Just in case our radio friend is right, could you tell a cheap atheist to call me – I have a cat but there is no way I am paying $125.00.
606 words for this post – Whew…when I first looked at it I thought it said 666.
19 comments:

Every life experience either teaches us something or gives us a clearer view of ourselves. Self judgments often rise up and fall into the haze of these experiences. Who is to say what the value of each experience really is, but as time marches on we compile a complex assortment of experiences that make us who we are and what we are. Now and then an experience catches me off guard and my reaction will surprise me.
For five years I have ask my GLB (Great Liberal Brother) to come along on a nine day fishing trip I take each April. I have been criticized by many for my timing of this trip because the fishing is tough, the weather is unpredictable, the water is cold and even a month later all conditions improve drastically. As an example, on these trips we may experience snow, sleet, soft rain, hard sideways rain, pelting rain, wind without rain, below freezing cold, and wonderfully now and then that wonderful weather – sunshine with no wind.  So, why April you ask, it is simple, few people are there. The regular fishing season that brings the throngs of folks from far and near that suffocates the area starts the last weekend of April and I do my best to avoid the spectacle.
When my brother told me he was coming this year, a pressure began to build in my subconscious. He would be traveling over 2,500 miles at a significant cost and time. As you all know I have a tendency to embellish a story now and then.  I wouldn’t admit to outright exaggerating or straight out lying but you all know most of our stories are really not that interesting unless certain parts are given a floral sparkle. So as you read on about my neurosis and begin to think I am crazy, my defense will be, it’s floral sparkle.
As I prepared for this trip along with my GLB’s attendance, my mind rushed back trying to exhume past renditions of these trips that I had told my GLB. That is the trouble with stories in the past, they are so hard to remember, let alone the floral sparkle. I guess the real question is, what was my GLB’s expectation? Expectations as you know can be fatal and at a minimum lead to real disappointment.
Naturally I ask myself, what would Michael Scott from the “Office” do in such a situation? I could not come up for certainty his exact response so I pulled from past Grayquill efforts to get out of a fix and that was equally useless. Granted I did not know if I was in a fix but one can never be too careful – right? Lowering expectations for sure seemed prudent. That thought resulted in a phone call to GLB. Which I did with much flagrant exaggeration about frost bite, drowning, and wild animal attacks.  If I do say so myself I did a pretty good job of causing my brother to have second thoughts about coming but I figured he had already bought the plane ticket and was pretty much locked in.  Next, I blasted off an email to him with a list of clothing and how to keep from freezing to death, which he thanked me for several times!

May I add one more thing to the mix adding to the pressure? This might actually be the crux of the neurosis, my GLB is seven years older than me. All past experiences with him for the most part have been times when he has been in charge. He was now coming on MY fishing trip! Do you get it? I was not sure I knew how to be in charge when my older brother was in attendance. Afraid, you ask? Yeah, I guess that emotion covers it. There is a great comfort when someone else is in charge. Are you relating yet? Well catch up with me. When someone else is in charge, YOU OR I are not responsible, the one in charge is.  THAT’S BIG!!  You see on this trip I was going to be responsible for so many decisions, first where we are going, the weather (that hardly seems fair – who can control the weather), the quality of fishing (that hardly seems fair – I can’t make fish bite – Oh yes I can, I forgot), what we eat (that hardly seems fair – I don’t really know what he likes to eat), and on and on it built right along with my neurosis.

All that you have read so far was not wisdom that flashed before me the instant I knew he was coming. It took some stewing, some fermenting before it formed into actual cognitive worries. The whole lowering expectation thing did not really come into clear focus until about three weeks before our trip when panic was beginning to set in. Up to that point my subconscious was running me up and down rabbit trails skirting the real issue. I knew I needed to tie up some more flies – after all I had promised fly fishing – and I had been busy. Weeks earlier I started looking though my boxes of flies, none of them looked good enough to offer an older brother. I decided I needed to tie all new flies for my brother and myself. They must be pristine, top quality because who wants an older brother telling others, he traveled all the way out west for a nine day fly fishing trip just to be given crappy flies to fish with. Certainly not me!

I know this all sounds a little or a lot neurotic but get over it, it’s me, Grayquill.  So, tying flies was a nightly occurrence for six weeks. By and by I finally had over 300 new flies tied but not all were pristine – sigh. The trip came and went – the lowering expectation thing was hugely successful. My brother caught fish and he didn’t freeze to death; he even said he has the trip on his schedule for next year.

I have heard that it is emotionally healthy to not worry about what others think about you. As a parent I spent considerable breath trying to convince my children to not let others opinions rule their behavior. I also use to tell them if I am not a good example be sure I am a good bad example. As I sit here looking up the road toward sixty I suppose I am not going to get much better than I am right now. So, for now it seems this neurosis thing is something I can use to push me to tie more flies and that’s gotta be good – right?

I apologize for making this piece all about me but I suppose you understand how it couldn’t have been any other way.
22 comments: