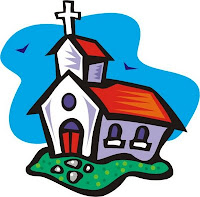 That other side of church goers that I have experienced has been pretty gosh darn good! When my house burned down and we had to go to a hotel with nothing, not even our tooth brushes. It was the church people who took my daughters shopping for new clothes the very next day on their dime. It was a church friend when I had come back to the hotel the day after the fire still wearing my dirty ash stained clothes, to my surprise had dropped off a six pack of new t-shirts and underwear just my size…who thinks of those kinds of things? Church people do! BTW- I did need some fresh undies.
It was a man from church who normally charged 200 plus dollars per hour for consulting, who met with me once a week for several months to give me advice on life and running a business and did not want a single dollar for the time he spent with me.  I guess now they call those folks life coaches. I called him my friend and life mentor.
When our children were born it was the church folk who brought us meals for several weeks, so my wife would not have to endure my cooking – now that’s considerate.
When a terrible tragedy hit my family, it was for course family, but it was also good church folk who were there to help bandage up the emotional hurts and not leave us alone, giving of their selves, time, prayers, and love. Maybe that is the big thing that makes church folks great. In spite of the back stabbing, the gossip, the hurts they will inflict…they also love. I suppose their love is far from perfect but when you’re hurting, imperfect love seems perfect.
Hmm…tomorrow’s Sunday, I think this back stabbing, gossiper, insensitive brute might put on my mask and head to church. Please don’t tell them how bad I am, you see I am afraid if they know who and what I am, they won’t love me.
Oh… yeah I almost forgot the secret….they are all just like me.
Jesus said, "It is not the healthy who need a doctor, but the sick. I have not come to call the righteous, but sinners." Mark 2:17 (New International Version)
15 comments: 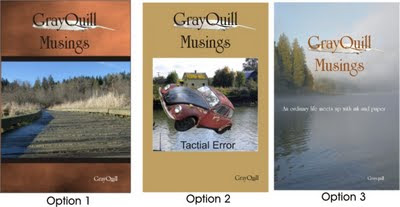 Two Christmases ago I put a bunch of my blog posts together and printed a few books. These became Christmas presents for my kids. After that small printing I have been encouraged by some of you, family, and my friend Holly to clean it up and have it published. Holly is a super lady who has worked harder than I could ever have hope for and she has cleaned up my mess.
The last step was to send the book to some friends and have them do a read through to catch any typos. I have been correcting these proof copies over the last couple of weeks. I am getting real close to my goal of the last part of this month to send it to press. I now only need to fix a few formatting issues, then I am ready to send it off.
It has been interesting what bridges I personally have had to cross to get this project to this point. The biggest one is to believe my writing is good enough to put into a book. That critical voice jumped off the bench and gave am several tongue lashings for being so prideful in thinking I am a good enough writer to write anything worthy of going into a book. When critical self was pushed aside with that argument, he came at me from a new angle. ‘You are doing all this work for what? Self publishers never sell any books. No one is going to read your book. This is a poor use of your time.’ I reminded Mr. Critical that I was only watching TV and somehow this effort had to be an improvement.’ That conversation only happened though after a heartfelt talk with my friend Mike who reprimanded me and flooded me with encouragement – Thanks Mike!
I wanted also to give all of you a big thank you in advance for the kind words left to me on this blog. You have been my main source of encouragement. Over and over your kind comments have made my day and added a fun component to my writing - you are the best!

Those negative voices are still present and keep trying to dissuade me, so I would once again appreciate only positive comments on this post. – Thanks in advance.
BTW I am still in a quandary as to what cover would be best. Please give me you feed back. Which one would make you want to open up the cover and see what’s inside? Thanks!