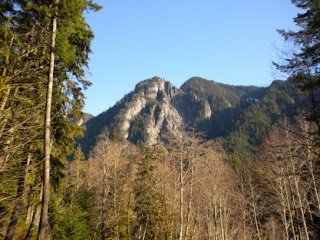 Teenage years bring big changes. The body goes through a metamorphosis. The mind begins to actually have rare moments of rational reasoning. Lessons of cause and effect are in constant bloom and the opposite sex shapes a whole new world. Uncle H was no exception to these changes but other changes were in the works for Uncle H during his early teen years. It was 1949, he just had his 13th birthday, school was out for the summer and his younger sister had come down with rheumatic fever. This illness caused the family to move to Arizona. The doctor said a warm dry climate was needed for his sister to get well.

A work opportunity was open in a saw mill in Oregon, where an older brother lived. So, off Uncle H went to his brother’s for a summer of working in a saw mill at age 13.
Child labor laws were not completely non-existent at that time. The 1938 Fair Labor Standards Act stated that children under the age of 16 could not work in manufacturing and mining. It seems a loop hole was jumped through or more likely a law ignored that allowed my Uncle H to be employed at such a dangerous job. Child labor laws at the time were rarely enforced and the biggest deterrent to child labor violations in American history was the political and societal attitude change that all youth should receive an education, at least up to eight grade. Truancy was easier to monitor than child labor violations. So, when children were in school they were not working. Machinery inventions and improvements in production methods also helped reduce the demand for child labor. The Great Depression was another deterrent because for every child working caused an adult to be displaced from the work force. Resistance to changing the child labor was argued by employers because they found children easier to control, less likely to organize into a union, and required minimal wages.
Uncle H describes his time at the mill. “I went to Oregon to work in a portable saw mill. I lived at my brother’s place. I do remember that someone had to pick me up each day for a ride to work.  The mill was in the forest and they would saw the bark off of the logs, leaving a square log called a cant.  My job was to stack the cants onto the trucks.  The mill was on a platform leaving the trucks at a lower level. The cants were too heavy to lift, but when rolled out onto conveyor rollers, I could get them almost balanced in the center, pivot them and then shove them onto the truck bed.  I remember that it rained almost every day.  Not hard, but a slow rain which would get my shirt soaking wet.  I learned to take two shirts to work so I could have one hanging by the engine, which was under a canopy where it could dry. I would keep changing shirts when the one I was wearing became too wet.  Most of the timber they were working on was not too large, so I could handle it okay.”
All through my Uncle’s writings there is an absence of ‘poor me.’ Note his last line in the above paragraph, ‘so I could handle it okay.’ He was creative and somehow able to handle what he should not have been able to handle.  My uncle was small for his age. He writes of being less than 5 feet tall upon completing the eighth grade. It baffles me that a kid less than five feet tall, probably weighing about 80 – 90 pounds could be doing a job like this. Uncle H was an amazing young lad.
When that summer was over instead of heading back to Idaho, Uncle H met up with his Mother and sister in Arizona. The move did not leave enough money for a cow or maybe the desert meant buying feed year around, so Grandma bought a goat.
‘I wasn’t crazy about drinking goat milk, but I had to learn.  At least there were only two teats to milk instead of the four as with a cow.  Of course, I much preferred to make a pet of the goat and she was soon so tame that whenever I was out she would follow.  I took that goat on hikes up the mountain behind our house, and she would follow just like a dog with no leash.  We had a good time together.  One time when I was pulling some weeds in a ditch by our house she decided to take a bite from my straw hat.  I just reached up and tapped her back a couple of times until finally she gave me such a butt in the head that I fell smack on mine, ‘butt’ that is.  I guess she liked being a pet better than giving milk also and you know what that meant with Mom.  An older brother was in the area at that time, so Mom tapped him to come and help me butcher the goat.  I wasn’t about to help with that and took off on a long hike up the mountain.  Brother was never too happy with me for running out on him, but I just couldn’t do it.
Mom always had a way of finding me a job.  That first summer in Arizona I worked in the melon fields, driving tractors again.  I had to get up at 3:00 A.M. to catch my ride to where they stored the tractors.  We would fill our tractor with gas, check the oil, etc. and then head for the melon fields that were usually several miles away.  We started work at daylight so we could be finished by about 3:00 in the afternoon, since it got so hot.  I remember getting hit in the back of the head by someone who threw a cantaloupe at me while I was pulling a trailer down the field.  I guess I was getting some of my own medicine back for the throwing I had done in Idaho.  Anyway, they thought it was funny, I didn’t.’
Junior high boys are possibly the most merciless breathing critters on earth and Uncle H found himself on the brunt end early teen teasing. He was small and tough and the teasing resulted in more than one fight. His last name easily manipulated to contain the derogatory term ‘shit.’ Thus this was the curx of most of his fights.

Uncle H’s early teen years were much different than mine but his small size I can relate to. I was never hit in the back of the head with a melon, nor did I ever have to eat one of my pets. Thank goodness, I think cat meat would be horrible.
To be continued…

Yes. The words Cat and meat should never be put together. Never. Ever.

That said. I felt like I was reading about Heidi. How much has Uncle H written about his life? Maybe there is a book here...

I agree with Choco, Uncle H should be in book form. Wonderful stories and you are so lucky they were recorded. Sounds like a good job for you.

I do agree totally with Choco and Arkansas Patti, it would be a terrific book and it does sound like a great job for you. Hope things are going well, does look as though gray and rainy have come to stay for a while. Enjoy your week!

So many hardships which we can't even imagine.

The goat incident must have just gutted him.

Uff the goat incident was a tough one. What it must have been then, if he can remember it today.

I agree with all the above readers who think that these should be compiled into a book. And it can be dedicated to the extremely pampered spoon fed brats of today.Just to let them know that life wasn't what it is for them now.

Choco: We finally agree – Yahoo! As to how much my Uncle written… Maybe you will just have to come back and find out. Even though I am leaving a lot out. I think his writings are up to about 56 pages single spaced. There is definitely a book there but it deserves a much better writer than Grayquill. In these posts Grayquill is pretty much taking advantage of his Uncle. Most nephews know that Uncles find it hard to say, no, to their nephew. :)

Arkansas Patti: Having an interesting person to write about makes it fun and easy, especially when respect is sprinkled with each key stroke. Thank you!

Sylvia K: Thank you for your vote of confidence. I hope all is well with you.

Hilary: You are one twisted person but cleaver. :) You had laughing for a good bit. I guess that deserves a thanks. Thanks.

Anita: I have never had to eat a pet, how about you? Thank you for your nice words.

..... I guess the youngsters those days knew thay were for a hard time and rarely complained. It's so much different today - the 'poor mes' are a lot more apparent.

As usual, tis is a very educational and entertaining read.

(I felt like reading exerps of a male 'Heidi')

Times were tough back then, more physical than mental, I think. Your Uncle H sounds like a real down-to-earth, yet sensitive kind of guy. Someone you'd love to have for a friend - a friend for life.
Sad about the goat.

Continue to love these stories about Uncle H. I sometime think child labor laws were a hinderance in hind sight. My husband started working at 12 years old in a local grocery store. By 13 I was into some serious babysitting. Don't look like it hurt us much...except maybe we're a little tired now! Ha!

Shadow: The youth of my generation and my children’s have had it pretty easy. If we are cold we walk over to the thermostat and turn it up a notch. If our bath water gets a little cold we reach up and run some more hot water. Our food can be almost instantly ready with the microwave. If we want to go somewhere we for the most part can go without having to do much walking. Whoever has to actually sweep there sidewalks or drive way? We use a blower now. My uncle had to work if he wanted to survive. The contrast is huge.

Wendy: Perceptive – yes a quality individual he is. I hope today has been good.

Debra: I know there were abuses in the work force, thus the child labor laws. But I do think the pendulum has swung too far. I wish there were more opportunities for our youth to work for pay. Maybe youth should have a different minimum wage than an adult and a limit to the number of hours they can work. Thanks for the nice words and I hope you keep reading.

the world has changed so much! I guess things are taken for granted more, these days!