Do you want more wisdom? Here is an idea

This is a post from 2009. I have been reading the book of Proverbs lately and I thought of reposting this story. Thanks for reading. Of course comments are always appreciated. 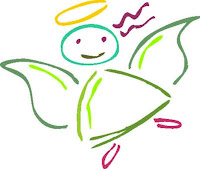 Mrs. Tornquist (not her real name) held the heavy maple yard stick in her right hand pointing at the spelling words on the black board. The little boy and the little girl were her subjects and she was determined that they would learn their spelling words. The rest of the class was up two stories higher in the library searching the long shelves for that one special book they could take home for the week. Tap, tap, tap, the long yard stick hit the black board a little harder with each tap. “Spell the word! - Spell the word!” each directive louder than the previous. She now had her full attention focused on the little boy. The harder she tapped and the louder her voice the less Grayquill was able to comply. Mrs. Tornquist’s frustration was effecting the placement of her tapping and there were at least three words the yard stick had come close to. Which one was he supposed to spell? He guessed About was the intended word, “A” he hesitated was it a d or a b? They both were so much alike. Which side of the line was the circle? He guessed “d - - o - - ….” Mrs. Tronquist turned in her frustration, with the yard stick high, she brought it down hard. The yard stick caught Grayquill in the throat and knocked him out of his chair onto the floor. The little girl screamed and began crying. Grayquill gasped for air and curled up his legs close to his chest. He felt like his neck was caved in. He laid there hysterically sobbing for several minutes.
Grayquill’s neck eventually recovered but his spirit was damaged more than his neck. Second grade ended having two more teachers that year. There was Mrs. Bush whose arm mesmerized Grayquill when the bottom flopped side to side as she wrote on the black board. He stared in awe of the swaying blubberish mass. He wanted to touch it see how far his finger would disappear into the soft pale tissue. But, of course he never did, even a second grader, he knew not to call attention to such anomalies. Grayquill has no memory of third, fourth or fifth grade.
School work had not gotten any easier and he did not read very well. But then sixth grade came and Mrs. Iverson was his teacher. She was mature. Her face had deep wrinkles that Grayquill thought were very interesting. She wore bright flowered dresses; her hair was bluish silver and a pair of her many colorful bright horn rimmed glasses always hung from the silver chain across her chest. Mrs. Iverson liked Grayquill and he knew it – that made all the difference. She always smiled and Grayquill thought she must be an angel with wrinkles. Mrs. Iverson was one of the significant people in Grayquill’s young life. Looking back she spoke hope into Grayquill. She always believed the best and he remembers her telling him he could do better – not in a shaming way but in a certainty way. One day she told him that a book in the bible was written just for him. The book had 31 chapters one chapter for each day of the month. She said it was written for teenagers which Grayquill was going to be just that next year, and if he would read one chapter each day. She said, if reading a whole chapter was to much then he could try to reading just 10 verses, then she promised him it would help him with his reading. She said the book would also help him be wiser and help him make good choices in life because the book was all about wisdom. Grayquill believed her – why wouldn’t he? She had earned the right to speak like that to him. So, he did just that for the next 6 years and Mrs. Iverson was right it helped him. The book was Proverbs. Everyone should have an Angel with Wrinkles at least once, don’t you think?

Wonderful to see you in my blog list. You have been missed. Neat story GQ and I hope you were able to oneday tell her just how much she meant to you. Teachers don't get paid much but knowing they made a difference in someone's life is like winning the lottery.
Hope this means you will be back to blogging.

Thank you for this story. It brings tears realizing how much our recommendations can mean to someone...and we don't even realize it. The 3rd, 4th, 5 grade were forgotten, then just one teacher who cared and knew one chapter that would speak to a pre-teen...for years. No, decades! Such a great story.

Your story made me want to take a yardstick to Mrs. Tornquist. Then it made me want to hug Mrs. Iverson. A teacher can make all the difference in a child's reaching his highest potential. If it weren't for Mrs. Iverson, we wouldn't have your wonderful blog.