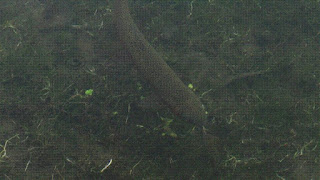 Now that is a great fish story indeed!! Just the smile/giggle I needed as my day winds down. Hope all is going well with you -- well, except for the comparison fishing! Have a great week!

"I knew it wasn’t a dream because if it was a dream I wouldn’t have been watching." Still smiling, GQ. :)

Oh Quill, the wait for a new post was worth it!
You can tell a fish story like no one else, not that I read many fish stories, but I'm pretty sure that what I said is true.
So glad you're back, don't make me beg for another post, although it's not something I wouldn't consider doing.

That had to be better than catching a fish.
After seeing Brad Pitt in a "River Runs Through It", I totally agree that fly fishermen are sexy.
Really a sweet post.

Hope is born again in the breast of a flyfishing ol woman....Thank You.

Ahhh, to be young again, eh? What a gorgeous post, GQ, it's wrapped a huge smile around my heart - the way you wrote it, I felt I was standing at your elbow watching it all unfold.

About time you came back!

Beautifully typed out GQ! I agree with Shrinky. I have a huge smile on my face now. It stays while I type out the comment. :D

psst: Also it felt a little like Mills n Boons! (psst: I never liked those in my teen years. But then again I was odd... :)

Hi there - what a nice post - one would have to say that a river runs through it (!).

I agree with you. Never give up hope. Catch of the day could be a rarer treasure. lol

I love the way you describe the couple
yet I think I'd still find you the sexier one :)

A fine fish tale, GQ. Knowing my own sexy fisherman, I appreciate it all the more.

Robert Travers, in his famous ode to flyfishing mentioned catching a mermaid. Perhaps you saw her in action... :)

I am married to a fisherman and have actually been in a similar situation...although a saltwater experience. Unfortunately as we have both aged...the fish win more often now.

Out on the prairie said...

What a fun experience to observe

Just had to drop by to say how much I enjoyed your book ...it was perfect to take on holiday ...I loved dipping in and out of it while sitting in cafes enjoying a coffee and scone.